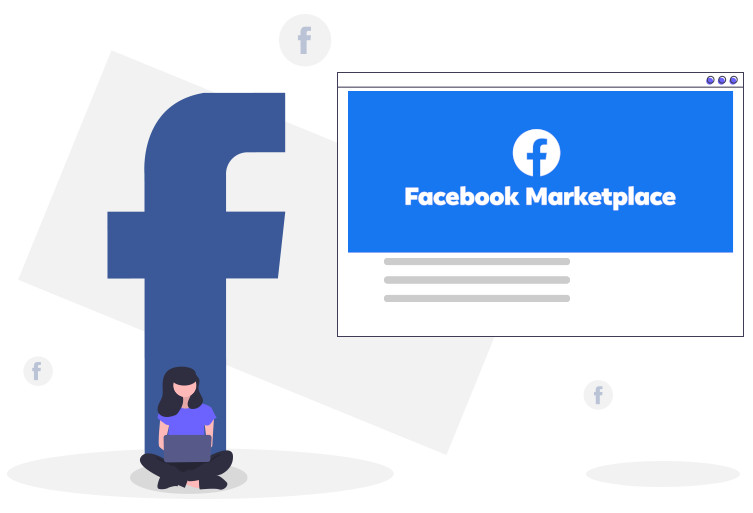 Facebook Marketplace helps the company move from its initial focus of connecting people through social media, to an e-commerce platform. The company is now accepting payments for goods directly from users.

Facebook Marketplace now has over one billion users, and there are more than a million Shops with over 250 million users that interact with them each month.

The giant recently launched a tool that allows brands to take their product listings directly to consumers through the Facebook Marketplace. “We’re investing in building the future of commerce,” Mark Zuckerberg said.

The feature enables businesses to sell products straight from their Facebook page. Thus, it makes easier for customers to browse items and for sellers to reach more potential customers. Moreover, it will help the company make more money. So, the platform would allow businesses to buy Facebook ads that open in WhatsApp.

Also, Instagram is making it easier for influencers to sell their products and services directly from the app.

Facebook launched a new feature which allows businesses to create online catalogues directly on their pages.

But Zuckerberg said: “We have a long way to go to build out a full-featured commerce platform across our services”. According to the CEO, the system will bring together Facebook’s tools with shops, business messaging and payments.

The social media platform will likely see a decline in ad revenue due to the upcoming iOS 14.5 update from Apple. So, this new version requires users to accept advertising and tracking. Thus, Facebook hopes that this change will begin impacting its revenue next quarter.

Anyway, Facebook had revenue of over $26 billion, an increase of approximately 48%. Also, it grew its user base by approximately 14%, to 1.88 billion daily active users.

Still, growth in the U.S. remained flat, while Facebook’s “other” revenue grew 146%.