Farewell, Internet Explorer! Will anyone really miss you? 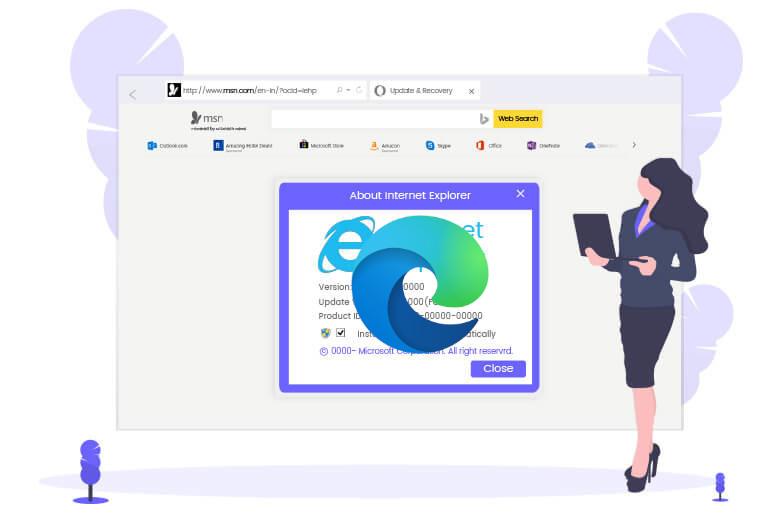 Windows 10 will be ending support for Internet Explorer in 2022. The browser will retire from all Windows 10 devices.

The move will not affect devices that have long-term servicing options such as medical equipment, air traffic control systems and other specialized devices. It will also not affect the Windows 10 Long Term Servicing Channel. Devices that stay the same over time, such as MRI machines and air traffic control systems which use it. Nor will this affect the retirement of Server Internet Explorer 11 desktop applications and MSHTML (Trident) engine.

Since its introduction over a quarter of a century ago, the browser has been part of the Windows ecosystem. But since 2015 when Edge was introduced, Microsoft has been winding down the old browser.

Microsoft has ended support for Internet Explorer 11 in July 2017. Microsoft 365 and other apps will stop supporting IE 11 on August 17th. Thus, users running any version of the browser should migrate to another one before its support ends next June.

Edge’s built-in mode will support IE web apps legacy up to 2029. Thus, IT departments will have a few more years for the transition from the old apps.

As a short history, the first version of the browser appeared in August 1995.

But Microsoft released the next version a few months later, for Windows NT.

IE 2.0 came with the Internet Starter Kit for Windows 95, which costed $19.99. It included a “how-to” book and also 30 days of internet access on Microsoft Network.

Microsoft Network was an online dial-up service, which users could access using a subscription. Then, it turned into an internet service provicer – MSN Dial-up. Simultaneously, the company launched the Microsoft Internet Start portal, which became the default home page of the IE browser.