How does social media affect teenagers? 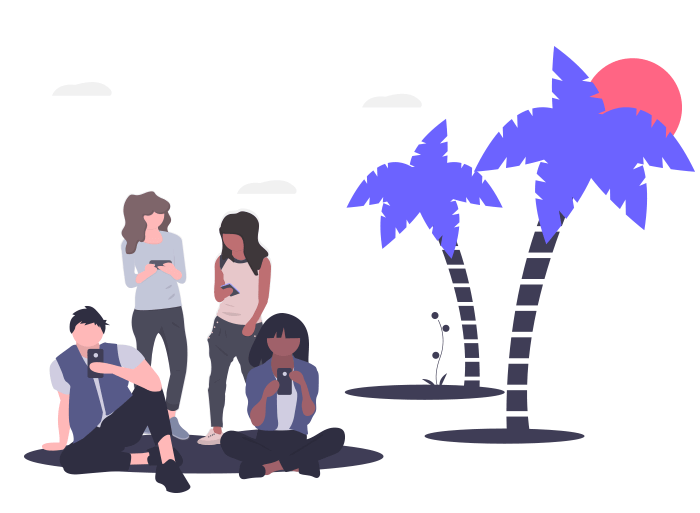 The internet came out of nowhere and changed everything, including childhood.  Whether this change is for the better or worse depends upon your outlook. To protect teenagers from the onslaught of social media, parents must use parental control.

Bit Guardian Parental control app can be a true accomplice as it allows parents to track the kids, to monitor and limit their screen activities, and to block inappropriate content. Install the app now!

Why teenagers are most affected by social media

Teenagers are among the most prolific users of social media. Emerging studies find that youth spend a considerable amount of their time interacting through social media.

Most of the children might not help their ailing mothers in the kitchen, but would be quick to suggest to order something online. When having a ball, Halloween or any other party – they would resort to online shopping. They play games online, post videos on social networking sites, binge watch web series on online platforms.

Teens today are the first generation that finds it difficult to imagine life without the Internet. Unfortunately, electronic gadgets have become extensions of our bodies. People are in two minds about the effects of social media and its impacts on youth.

Advantages of social media on teenagers

Consequently, they start appreciating social media as a way to help and support people despite being far away.

Disadvantages of social media on teenagers

Even Facebook had to take notice of the issue. As a tasting phase in  Australia, they’ve started hiding the ‘like counter’ on the timeline and news feed.

How to redeem children from social media

Refrain from using a smartphone during weekends and show your teen that there is a whole real world out there that does not require a handheld screen.

Families should have regular discussions on how to use social media responsibly and safely. A teen’s online world becomes much more manageable when families navigate the world of social media together.

It’s the parents’ responsibility to set a good example of what healthy computer usage looks like. Parents need to curtail their dependence on technology to minimize the risks associated with it.

How to Set a Child’s Routine with Parental Controls Apps

What Parents Can Do to Protect Their Children from Cyberbullying Attacks?