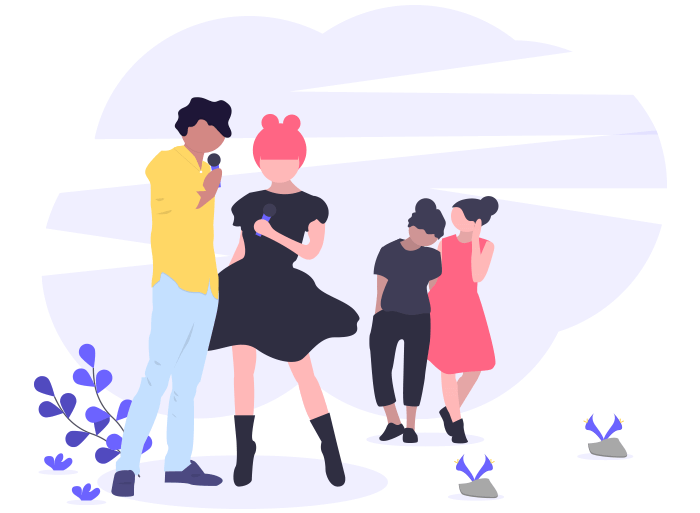 How many of you have used or heard about a GPS kid tracker app? Do your teens have an anti-theft mobile app installed on their phones? No? Are you sure your kids are ready for their first concert?

Table of Contents hide
1 Paranoid Parents of Teenage Kids
1.1 How Old Does A Child Have to Be to Go to A Rap Concert?
1.2 Why Are Concerts Dangerous for Children?
1.3 How Can We Send Our Teens For Concerts Without Worrying About Their Safety?
1.4 Kid Safety Tool to Keep Your Child Safe in A Concert

A while back, the sensational boy band “One Direction” was conquering teen hearts with their mesmerizing songs and terrific looks. While teenagers were going gaga over the boy band concerts, parents started lost their sleep.

Parents crop up questions like – “ Is 13 the right time for my child’s first concert?”, “Is my kid prepared for live music performance?”- come across whenever a teen’s parent decides to send the child for a live gig.

Well, concerts are not as dangerous as they are made to sound. Even though teens alone with friends, without parents, a few measures and tricks can give both parents and kids peace of mind.

How Old Does A Child Have to Be to Go to A Rap Concert?

Teenagers are Eligible to attend concerts as they attain a certain level of maturity to distinguish good from bad and right from wrong.

However, it will be foolish to say that all teenagers showcase the same level of maturity.

Sending your teen to a concert is a good idea only when you have a contingency plan and a duly confirmed security measure.

Typically, a huge chunk of parent’s panic and shoot up their blood pressures on having a conversation about concert nights.

Their first reaction is a “No,” and the following statement quotes “unsafe.” Well, that’s a poor way of handling kids, especially today’s aggressive teenagers.

Instead of saying no, it is essential to analyze the situation appropriately. Asking questions like, how many friends are coming? Who all will join you? Who will pick and drop you?

Check the preparedness of your child. Wherever they fault try to give them an appropriate solution, this will not only offer help but build trust in the child’s mind.

So, before a parent plans to say a yes or no for a live performance of their kid’s favorite band, it is critical to understand the issues lurking in a rock show.

Why Are Concerts Dangerous for Children?

Concerts are getting flashier and popular, but safety and security are still at low priority.

The last few years have seen stage crashes, stampede, fire, and what not which has taken lives and put several authorities under scrutiny.

Yet, here is a list of events that occur commonly in most concerts worldwide:

How Can We Send Our Teens For Concerts Without Worrying About Their Safety?

The first and foremost lesson any parent can confer their kid is how to conduct themselves in crowded locations. Staying alert and attentive at all times is the first thing to do. Teens need to keep an eye for suspicious people and items. As an ethical citizen, one also should report it immediately to the authorizes. If teens feel they are being caressed or touched intentionally by a stranger, either they need to change their place or report such incidents urgently.

The foremost mistake made by children is handling their bags and belongings. In the excitement and emotional rush, teens often neglect their bags and expensive items. Pickpockets and thieves take advantage of such situations and grab those items without letting anyone know. Never keep a backpack on the back and messenger bag or sling bag on the side. All bags should face the front, right in front of your eye. If you are carrying smartphones or wallets, place it in the bag or keep it in the front pockets, never in the back pocket.

We agree it’s difficult to keep a safe distance in a concert and one can barely breathe, yet children need to stand in such a manner that they can avoid getting pushed and jostled by the crowd. Try to place a backpack (with no expensive items) between you and the person behind you. It is always safer!

Children and women should strategically place themselves in such a way that they are not in the center of the crowd. Stand near the boundaries and closer to the exit gates. This way you can avoid the last moment hustle-bustle.

Children should neither risk waiting for cabs at wee hours nor should they hitchhike to reach home. Both modes of a commute are dangerous for children and should be strongly avoided.

Bit Guardian Parental Control comes with an innovative feature that allows sending Pick Me alert notification to the parent along with the Google Maps location. Teens can utilize such apps to reach for help and request pick up from a reliable guardian.

Two’s company and three’s a crowd does not stand true for a concert. It is advisable children go for live performances in a group and look after each other. This way, parents are also less worried about the child’s security.

Although this can sound rude to your child and create a problem in their friend circle but showing off gadgets is the worst thing to do.  It’s best to avoid devices in public places and attract unnecessary attention.

Kid Safety Tool to Keep Your Child Safe in A Concert

Amongst many tools and apps in the world, selecting a GPS tracker app and child monitoring app is a wise decision. Your teen will not only be able to enjoy without worrying about getting scolded but as a parent, you can enjoy some peace of mind.

Let your kids enjoy their first concert of teenage life while you gear up with the right Parental Control App. Download the app today!

How to Set a Child’s Routine with Parental Controls Apps

How does social media affect teenagers?

What Parents Can Do to Protect Their Children from Cyberbullying Attacks?