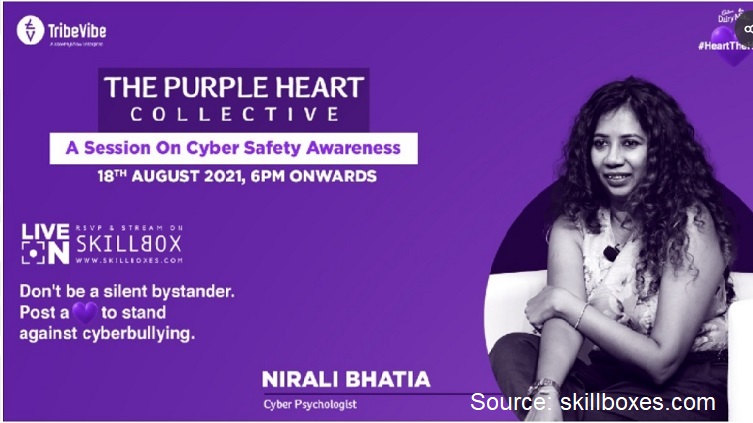 It’s time to end cyber-bullying. Cadbury, the formerly British-owned chocolate company, has launched the second phase of their campaign to fight against cyber-bullying. The campaign asks users to mark social media posts that attract online abuse with a purple heart. Thus, they show their support.

The campaign started in 2019, as a sign of solidarity with abuse victims. It also used a poll conducted by the company in partnership with Inshorts, an Indian media company. So, according to the study, more than 57% of respondents had been cyber-bullied. Almost half of those complained they have been bullied more than once.

According to Anil Viswanathan, director of marketing at Mondelez India, cyber-bullying affects everyone, but especially youngsters.

“The apathy of the silent bystander impacts the victims in a big way,” he mentioned. So, in this phase of the campaign, the company starts from a recent poll.

Support means a lot for victims

Thus, more than 40% of the 170,000 people said they were victims of cyber-bullying. Moreover, more than half of them mentioned they did not receive any support afterwards.

So, the new phase of the campaign should reiterate the purple heart emoticon, which shows solidarity with the victims.

Now, according to the company, technology helps people understand how their reaction can make a huge difference. In the campaign, the purple hearts left by supporters comfort them victims. But when when the others stay aside, victims bullied even more.

Cyber-psychologist Nirali Bhatia also involved in this . She is running training courses at 20 universities in the country, explaining the impact of cyber-bullying.

One good way to protect youngsters against this kind of threats is a parental control app. Try Bit Guardian Parental Control, as it is one of the best out there. It would protect your children and make you a better parent.

By Laurentiu Titei
Kids And TechnologyNews

By Laurentiu Titei
Kids And Technology

Instagram Kids: High pressure on Zuckerberg to stop it