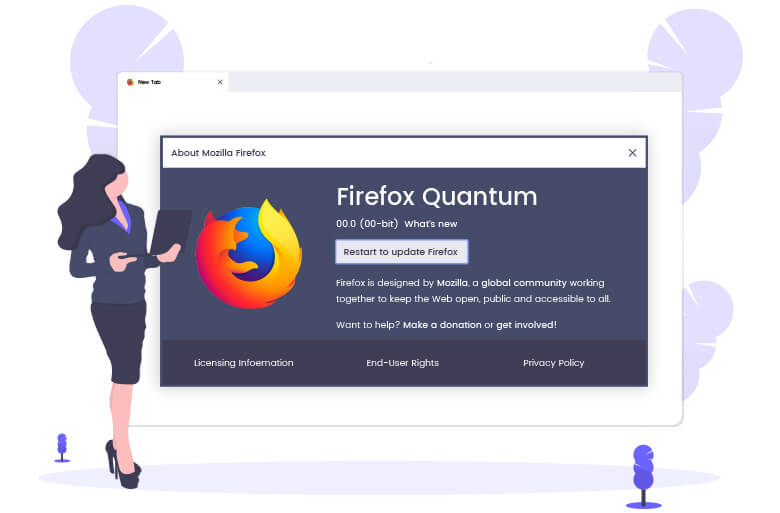 Firefox will block the universal user ID, according to Mozilla. This will prevent the DigiTrust consortium from tracking users in Firefox. The decision comes when IAB tries to create a standard online universal user ID. According to IAB, this should reduce the online ad industry’s reliance on third-party cookies.

IAB Tech Lab acquired the DigiTrust non-profit, last year. The entity is working to create a universal, persistent and anonymized user ID. It offers a pseudonymous and encrypted identifier. A first-party cookie from the publisher can store it. Other participants can use the same identifier. So they do not have to submit third-party network requests each time a user loads a web page.

This means quicker page-load times due to less third-party cookie-syncing. Also, these can significantly reduce the risk of data leaks in the bid-stream. Still, the impact of Firefox’s move might not be very tough. The browser only has a 4% share of the global browser market, according to Statcounter. But it’s an important signal for the common ID solution.

“They believe no third party can be trusted. We take a different position: that trust should be established directly between consumers and the brands, and publishers they trust, and with the third parties that those brands and publishers trust,” AB Tech LAB svp of Membership and Operations Jordan Mitchell said. He mentioned that IAB Tech Lab would improve mechanisms for privacy and trust.

Mozilla uses an open-source list of trackers compiled by privacy software company. Disconnect, who does the job, announced that “Although DigiTrust’s service may not track users directly (…) they clearly enable other services to track. Therefore we updated our definition of tracking to encompass this type of behavior, which we see as a growing threat to consumer privacy.”

The California Consumer Privacy Act (CCPA) takes effect in January. It is still unclear what will happen to the third-party cookies, according to the act. The U.K. data regulator has warned that the current real-time-bidding ad tech landscape is not compliant with the EU’s General Data Protection Regulation.

“We need to start again with a clean sheet and say, how do we create a capability for consumers to understand what identity means on the internet, how it’s used, and how to control it,” David Kohl, CEO of ad tech company TrustX, a member of DigiTrust, said.