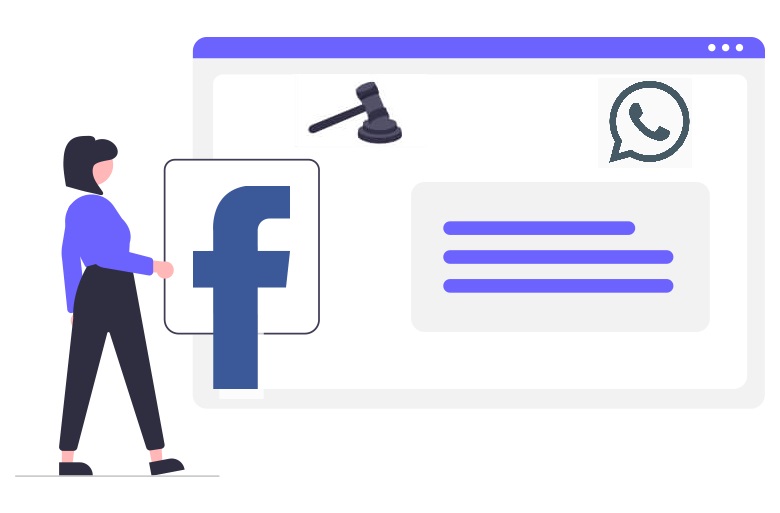 A privacy watchdog rejected a call from Germany’s data protection regulator for an European ban on Facebook’s WhatsApp messaging service. The European Commission said that it will examine whether Ireland’s Facebook subsidiary is complying with the bloc’s laws. The Commission is responsible for enforcing the EU’s data protection rules,

Germany asked for the European ban

The city-state of Hamburg has banned Facebook from processing WhatsApp’s user data. The city’s regulator said the new terms of use for WhatsApp were not compliant with German law and therefore should be voided.

Still, WhatsApp said the freeze would not hinder its ability to continue rolling out updates.

Now, the European Commission has decided that Facebook’s recent moves to protect its users’ data did not violate EU law. But experst say the decision completely ignores the ambiguities and uncertainties found within the user interface of the app.

Still, the data was incomplete to determine if Facebook started to process WhatsApp user data for its own marketing purposes. But this doesn’t mean that a European ban would be impossible. As a result, the EDPB asked Ireland’s Data Protection Commissioner (DPC) to immediately open an investigation.

The European Data Protection Supervisor (EDPS) is in Ireland. Facebook’s European headquarters are also located there, as is its subsidiary Instagram.

In May, Germany’s data protection mentioned that WhatsApp’s new terms of use were illegal. As a result, the regulator banned the social giant from processing personal data from WhatsApp users.

Then, Caspar mentioned he was using his power for a three-month freeze on the collection of WhatsaApp user data.

At that moment, he also added that he would seek European Data Protection Board’s opinion. This forum groups regulators from all the 27 member states.

This is just another case in which the authorities accuse Facebook for its practices regarding data protection rules. In fact, the company said last year that it might leave Europe because of the data transfer rules.

Remember that you can better protect your online privacy by using our Ad Guardian Plus ad blocker.