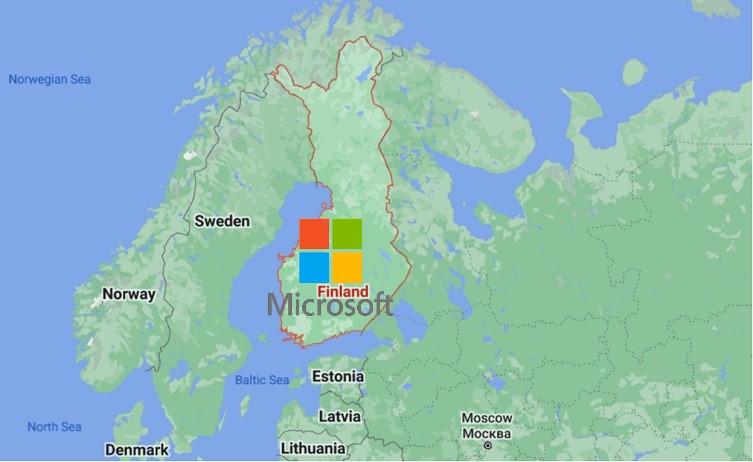 The Microsoft data centre that the company will build in southern Finland, would be the largest in the world to recycle the heat it produces. The US company announced it would build the emission-free centre in Espoo. Then, it would provide district heating for three municipalities.

Microsoft announced that it entered a “unique collaboration” with Fortum, the biggest energy company in Finland. This would be the world’s largest waste heat recovery project for data centres. Also, it would represent one of the biggest Iand one of the biggest single ICT investments in Finnish history.

According to the Finnish authorities, the investment might also generate about 11,000 new jobs. Then, it will offer cloud services to the companies, public sector and individuals. Thus, its customers will take both the advantage of lower response time and of keeping their data in Finland.

Fortum will recycle waste heat from the cooling of the data centre’s servers. Then, it will use it for district heating in Espoo, Kauniainen, and Kirkkonummi. According to the estimations, this would cover up to 40% of the needs of about 250,000 homes. Thus, it would bring the clean energy usage in the area to about 60%. The difference will come from treated wastewater.

The solution will also reduce the carbon emissions by 400,000 tons of CO2, annually.

The data centre project started a few years ago would create about 11,000 jobs for IT professionals. It involved the two companies and the authorities in the three cities. The new investment will also bring important amounts of money. Thus, the IDC research institute estimates that it would generate revenues of more than 17.2 billion euros.

Pekka Horo, Country General Manager for Finland said that such solutions are really important. The best thing, he mentioned, is that they “are as efficient as possible in terms of climate and energy use.”

The new centre will be part of company’s global cloud complex. Microsoft’s cloud infrastructure serves 140 countries and more than one billion users.

Now, Finland seems to count on data centres. Just a year and a half ago, Finland approved the sixth Google data centre in the country.

Microsoft plan seems to encounter some difficulties, as three of its European rivals filed an antitrust complaint. According to the document, the giant’s business practices make almost impossible for its cloud services customers opt for those of competitors’.