Smartphone Era Kids VS. Children before the Smartphone Revolution 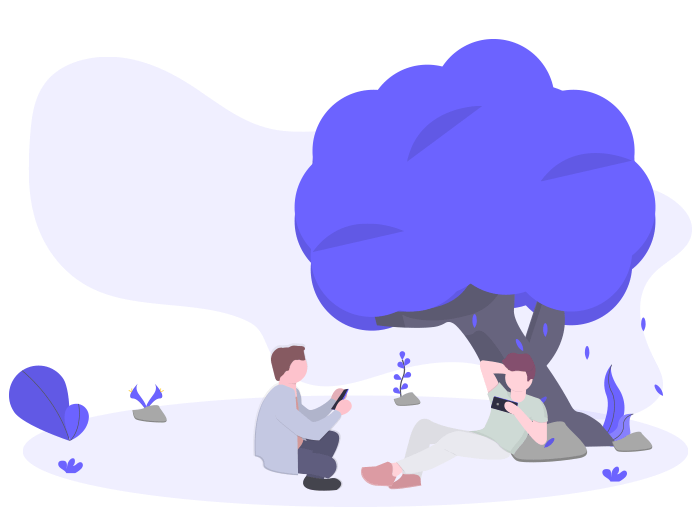 Is your kids’ childhood at risk? Are parental control and monitoring apps the solution? Let’s find out!

How a Smartphone Has Changed Our Life?

Interact with an 11-year-old and get surprised to hear how they counter problems.

And, the most common reply you get to hear is “I Google all my problems”. Isn’t that shocking? If a child is dependent on Google for all queries, then imagine the condition of this child without a gadget.

While kids are preoccupied with cell phones and the enticing world of the internet, parents are obsessed with parental control app. Call it intrusion to privacy or ways to protect kids, but both parents and kids are advancing to a culture of extreme use of smartphones.

Back in the days, kids were not smarter or more intelligent. But, less exposure to gadgets and technology, facilitated sharpening their brains. Projects needed reference books instead of YouTube Videos, and navigation meant using physical maps.

Life was simpler and more organized. Time management was a priority, and so was family time. Smartphones did come like a storm and erected the foundation of quality life.

The primary issue is that machines like smartphones are responsible for playing with a kid’s mind. One it is addictive and two, this hand-sized box consists of all information that a kid wants. In fact, friends and families are also part of the box.

Mental health issues were far lesser, and misunderstandings had a lower rate. This was possible because of physical meetings and face to face conversations. Not only conflicts but explicit content in smartphones play with a child’s confidence.

The most dangerous of many features is access to social media and messaging platforms. These two combined have created havoc in today’s generation. Every child is influenced by the content on social media which in turn creates unrealistic expectations for children.

Earlier, no social media apps meant no point of unfiltered influence. Every kid was under a parent’s supervision, and the media was broadcasted to all.

Even today’s lackadaisical attitude towards life is another offering of smartphones and gadgets. Everything seems so easier than before that all other activities and priorities are taken for granted.

Have Smartphones Destroyed A Generation?

Today’s kids and teens are far more different from the millennials. They are more worried about snapchat posts and unlimited tweets from celebrities. Food is celebrated on Instagram more than the stomach.

So, here are 7 more reasons why the smartphone is responsible for the downfall of a generation:

How is friendship defined? Does friendship mean adding to Facebook likes? Sending photo messages on Snapchat? Or, commenting on every video posted on Instagram?

Sadly, friendship has lost its true virtue. Kids are more inclined towards online relations than offline social interactions. The time is not far when bonding will be replaced by networking.

Today’s generation not only makes the mistake of continuing friendship through Facebook and WhatsApp but also befriends strangers on social media and messaging platforms.

The primary issue with getting into a relationship with a stranger is the unawareness of the real identity of the individual. Nowadays, it is pretty straightforward to amend your status on social media.

Considering these changes where friendship is always a lucrative affair, it is right to assume that relations were far purer and more honest before the smartphone era.

You must be wondering, are smartphones and depression directly associated with each other or not? Sorry, to burst your bubble but smartphones play a significant role in increasing depression.

Spending more time on a gadget is just the beginning of loneliness. Gradually, spending time on social media and gaming apps makes the situation worse.

A kid engrossed in a device can never make friends, enjoy social gatherings and not only turn into an introvert but also a loner.

To condense the blame even further, social media platforms create ruckus in a kid’s life. They are unable to distinguish the right and wrong from the posts they see and eventually enter the dark tunnel of FOMO (Fear of missing out).

Depression isn’t caused by one issue, but several issues, piling up in an individual’s mind. And the next thing you know, loss of appetite, restlessness, loneliness, and whatnot start haunting your child.

The health risks of mobile phones are many. Some are direct issues, while others are indirect.

Depression is definitely one of the many negative impacts of using a smartphone. Besides depression & anxiety, several issues go unspoken as mentioned below:

The ease of getting every information online has created a world of handicap kids. They barely work hard to research for information and reading is negligible.

How to and why to answers are all available on Google. Imagine, if the Wi-Fi isn’t working or the mail server is down, your kids may lose their calm and get unnecessarily impatient.

In the age of Google and similar search engines, kids have resorted to more straightforward ways to solve a problem. No one wants to churn their brains to get closer to an answer or make a decision.

The consequence of this dependence on the internet and Google has left children with weak cognitive skills. And who can blame them, after all, parents are equally following the practice?

Remember, Google or the internet cannot save your child from a man-eating tiger, only experience and prior skills can.

Kids are gullible and equally innocent. Everything that they see online seems real and acceptable. However, the case is entirely the opposite.

Most content that we see online is unfiltered and contains hundreds of edits. And with the on-going photoshop apps and software, it is relatively easy to create anything.

The problem occurs when children are unable to see the real picture and fall for such content. Either they replicate the activities or end up feeling left out.

It is a critical requirement nowadays that parent’s counsel kids on what they see and do with influential online content.

Cybercriminals were not inexistent or dormant in the last few decades; they recently found a better and easier target – kids.

Cybercrime these days are either targeted or directed through kids. Cyberbullying is one such issue that many parents are worried about, yet unable to help their children. Protecting kids from identity thieves, stalkers, impersonators, and hackers are not as easy as it sounds.

Although many phone monitoring apps have helped in countering these problems to a large extent, yet, to safeguard this generation from the fatal hands of the smartphone, parents will have to work harder.

A smartphone should no longer be associated with depression and anxiety or counted as a distraction in academics. Instead, it should be regarded as a box with constructive ideas and purpose.

Parents, gear up your screen time control software and help your kids relive the wonderful time of pre-smartphone era.

By Laurentiu Titei
Kids And TechnologyNews