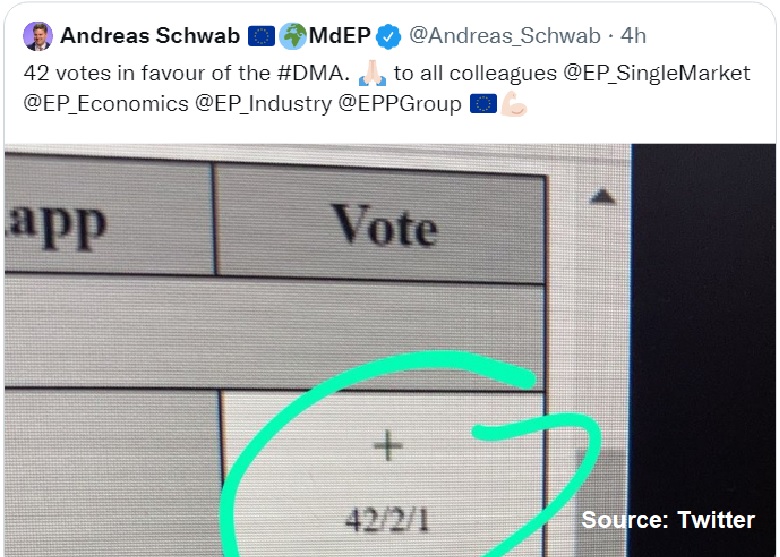 New EU tech laws received a green light and go to the Parliament. These would impose tougher rules for tech giants such as Amazon, Apple, Google, and Facebook.

Frustrated by the slow pace of antitrust investigations, Margrethe Vestager late last year proposed the Digital Markets Act (DMA). This sets out a list of dos and don’ts for U.S. tech giants designated as online gatekeepers. Vestager is the Executive Vice-President of the EU Commission for a Europe fit for the Digital Age (Competition).

Member countries should agree on the EU tech rules

According to the rules, gatekeepers are companies with more than 8 billion euros in turnover on the European markets. The European Commission has then to agree on these proposals with the European Parliament and EU countries, before adoption.

A committee also voted for tougher regulation regarding other important online players. Booking sites like Booking.com and other web retailers like Alibaba and Zalando could be also classified as gatekeepers. Thus, they would face tougher regulation, according to a Parliamentary committee.

The group also extended the scope of the DMA to include web browsers, virtual assistants and connected TV.

The European Parliament’s committee wants to give the European Commission the power to halt so-called killer acquisitions by gatekeepers. Thus, it would block takeovers meant to shut down rivals. Furthermore, it would allow online advertising only with the users’ consent. But it would also ban ads for minors. If a company breaches these rules, they would be fined 4% to 20% of their global turnover. Vestager’s proposal was 10%.

CCIA trade lobby group representing tech companies in Europe has voiced its opposition to the legislation. CCIA warned of “one-size-fits-all” legislation and expressed concern that it may have unintended consequences for Europe’s digital economy. Anyway, the Commission seems determined to convince the Parliament pass the new legislation.